According to Hunkuyi, names of people that were purported to have endorsed el-Rufa’i were generated during the registration of participants to enable them collect N10,000 as allowances.

In a statement issued by Hunkuyi’s political associate and All Progressives Congress (APC) Chieftain, Dr Abdurrahman Usman, he said: “There are 26 officials in the 255 wards executives, adding that only 2 persons were invited from each ward totaling 510.

“Meanwhile, the remaining 24 party executives from 255 electoral wards totalling 6,120 were not invited. Those who made the endorsement are just about 7 per cent of the leaders of our party, and for goodness sake, how can 510 persons decide the fate of 6,120?

“What pattern of democracy is that in which people seek to disenfranchise 92 per cent of stakeholders who have the mandate to so decide who their candidate will be for election?

“There can be no further proof that the proponents of this action have simply admitted that they lost faith with the general grassroots followers of the party,” Hunkuyi explained. 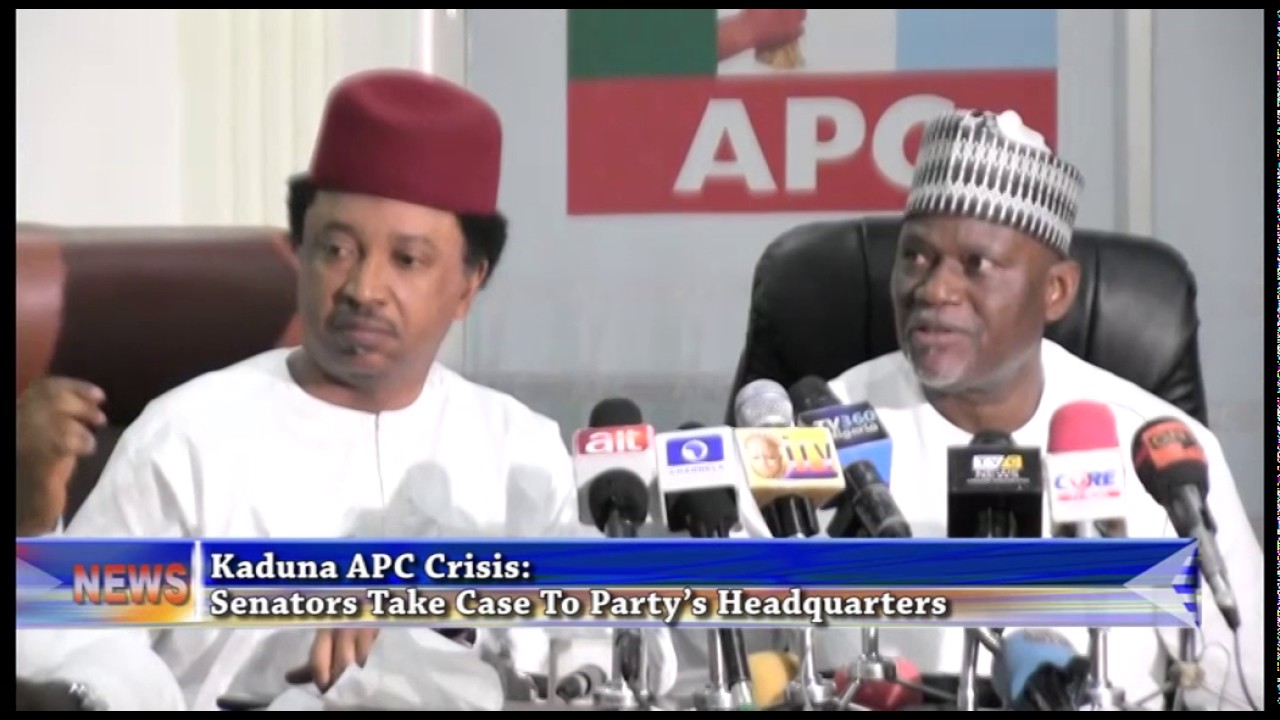 Responding to a purported later written to el-Rufa’i as conditions for the 2019 elections, the Senator said he was not privy to any of such letter claimed to have emanated from him.

“There is no need to dwell into the contents of the letter. Senator Hunkuyi wishes to challenge anybody from any quarters who is in possession of the said letter to come forward with it and should be ready to answer both for perjury and defamation of character,” he challenges.

The statement explained that a communique released on September 17, 2017, arising from the meeting of the APC stakeholder meeting held in Kaduna on the same date in which Senator Suleiman Hunkuyi was also in attendance, listed among other resolutions the endorsement of governor el-Rufa’i as 2019 gubernatorial candidate.

“The Distinguish Senator wishes to debunk this resolutions as untrue and, therefore, disassociate himself from any political kangaroo arrangements.

“The Senator is very conversant with procedures with regards to political party activities and as provided in the APC constitution and INEC stipulated guidelines for electioneering activities.

“The participants in last Saturday’s meeting were not informed to come for any endorsement, hence, any list making the rounds with names of persons and signatures alleging their endorsement of  Governor el-Rufa’i as candidate in the 2019 gubernatorial elections amounts to political fraud and should be disregarded.

“With regards to the resolution that the stakeholders meeting expressed satisfaction with the conduct of the delegate congress election in the state held on the 29 July, 2017 and affirmed the outcome of the State delegate congress to the national headquarters of the party, the Senator expressed disappointment over this crass recklessness and this further exposes the insincerity of the acclaimed resolution of reconciliation that is purportedly been sold to the party members and the general public.

“The Senator stand by the collective decision taken by the stakeholders of the party in petitioning the national headquarters of the party on the charade said to have been held on the 29 July 2017,” the statement noted.

On the affirmation passed on appointed national delegates that was forwarded to  the National Secretariat of the party, the statement added, “There was no agenda that accommodated such discussion , hence, nothing of such was discussed in that meeting.

“That act has further proven the ignorance of those that smuggled the item into the communique, since the list is a subject of dispute, it is the sole responsibility of the National Working Committee, NWC, that is usually sorted during their ratification meetings. To the best of my knowledge, no such meeting has taken place.

“It is important to reiterate at this point once again that the success story of Senator Hunkuyi’s political career has been and will continue to be the interest of his people served and secured in line with best democratic practices which as we all know embraces consultation at every critical phase of decision making process.

“He can never be hoodwinked into been party to anything that runs contrary to democratic ethos as obtainable in any clime. Let it be on record that the Senator understands very much as a pragmatic politician the fact that power is domicile with the people and can not be determine by the size of one’s pocket or access to public treasury, thence’ it flows that the will of the people by their lawful right to determining who to vote as their leader must never be taken for granted. It’s therefore sacrosanct that elected public officers must never be afraid at any given point in time to subject themselves to internal party democratic processes.

“Finally, while we wish to remind the general public, especially members of our great party the APC in Kaduna State, that Senator Suleiman Othman Hunkuyi is a true democrat who always advocates for good governance, fairness and justice for all; We would also like to seize the opportunity to pray for our dear President Muhammadu Buhari and leader for good health and more wisdom in the discharge of his duties and responsibilities as President, Commander -in- Chief of the Federal Republic Of Nigeria.”